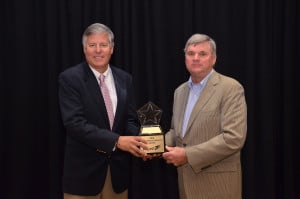 During his recognition, Powers said, “There is a family mentality to the agency, now in its fourth generation of ownership. Some say this mentality is responsible for much of the agency’s success, as many employees have been with the company for decades and have other family members working there as well. Each day, they all work together as a team to live out the mission of providing the highest quality move at a fair price.”

Earle W. Noyes & Sons is now the 20th recipient of the annual award, as well as a two-time winner. They also received the award in 2009. The company earned the recognition both times on the basis of its quality service as measured by data generated through a comprehensive survey completed by customers after the move.